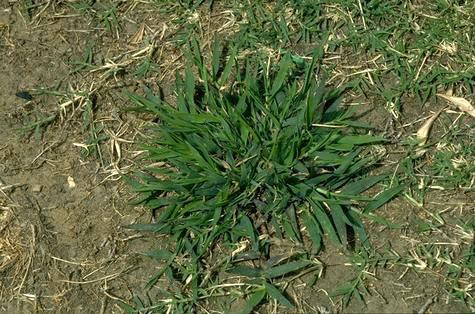 Ah, crabgrass. It starts off so innocently as an attractive sprout in an otherwise pristine lawn and quickly becomes an ugly weed that is the equivalent of The Borg. While there are various ways to terminate this perennial pest, they must be approached with caution.

The quickest way to zap crabgrass is with a weed killer that specifically targets it. The trick is in the application, as these miracles of chemistry can kill the good grass, as well. Products that contain monosodium acid methane arsonate, or MSMA in plain English, are the most effective and the best tolerated by lawns.

Before starting out on a crabgrass killing spree, make sure to read all instructions regarding application so there is no massive collateral damage later. Some grass species, such as centipede and St. Augustine, are more suseptible to weed killers of any kind. There will probably be some grass loss, in any case. 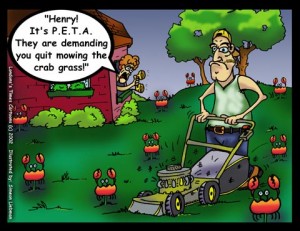 The best application method is by tank sprayer. This allows for specific targeting of the invader. It’s also good practice to spread the weed murder over a number of applications rather than making the mix too strong and trying to do it all at once. Remember the saying about killing an ant with a sledge hammer? This is the same principle.

Very hot weather is a bad time to kill. If cooler days aren’t on the horizon, try to spray in the evening or the early morning. This will reduce the stress on the rest of the lawn.

If a better lawn through chemistry doesn’t appeal, crabgrass can be eradicated with simple boiling water. Like chemical weed killers, this method can also cause grass die off and must be approached with a steady hand. It also tends to be less effective in the long term.

Another environmentally safe approach to crabgrass death is digging it up by the roots. This actually works well in badly infested lawns as it keeps the pest from regenerating itself. If the thought of dirty, smelly hands and bucketloads of sweat isn’t scary, this is the way to go. Cutting through the root system of a crabgrass clump brings a sense of deep satisfaction to heart of anyone who has fought this horrible battle.

Whatever method is used, it’s always best to start early and strike often. Show crabgrass no mercy or it will return in larger numbers, taking over lawns on its way to world domination.