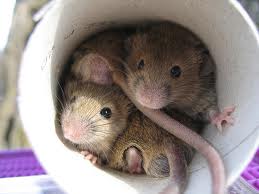 Mice are rodents that love to overrun a house. If you catch on to their presence early on you can cut off the infestation before it even starts. Mice can carry diseases and germs so try to avoid direct contact with them. Mice can be found just about anywhere but if you live in a city rats my be your problem and we have an article on that to. You may be one of those weirdos that have mice as pets. What the hell is wrong with you? They are not pets, they are rodents and need to be eradicated. If you begin to suspect that you have a mice problem we have a few methods that will help you kill them.

One method to kill mice is with traps. You have the classic snap-trap which is still the most common method used to kill mice. 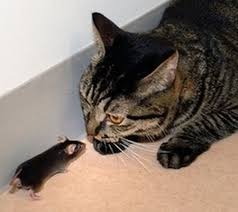 Its simple, go to the store, buy the traps and set them up around the house. Ok, it can get a little more complicated then that depending on your problem or whether or not you want to touch a trap with a dead mouse on it. Once you get the traps bait them with peanut butter and put them in some sort of small bucket, large can or an empty carton of ice cream. Do not set them yet. Place a few of these in the areas where the mice hangout the most. Leave them there for a few days and let the mice get used to them. Then replace the bait and set them. Check them every so often and when you’ve killed a mouse simply through the container out without ever having to touch the carcass of the dead mouse.

There are a couple other types of traps used to kill mice. One is the electronic trap. It works by zapping the mice when they come into the container they are in. You bait them and set them up near where you find mice. They will enter it to investigate and then die by being electrocuted. There are also glue traps. These will kill the mice is a very slow way. These are good if you hate mice and want them to die an agonizing death. You bait them, place them in some sort of container and set them up around the house. Check them every few days and if you’ve caught a mouse then simply throw it out.

Another method to kill mice are by poisoning them. There is a variety of poison out there. You can poison bait and place them around the house or buy poison pellets and put them where they tend to feed. If you have children or pets they sell things to safe guard against accidentally poisoning a member of your family. A downside to using the poison is that they usually don’t die instantly so you will have to find them and have a messy clean up. I don’t recommend this method unless you have some sort of sick fetish and cleaning up dead mice really turns you on. Also having a cat will help with your mice problem. They are natural enemies with the mouse being the prey. Just ask Tom and Jerry. 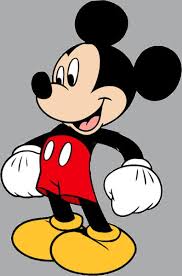 I would like to warn you of one particular mouse that really shouldn’t be killed or harmed in any way. If you wish to harm this mouse then you have severe issues with your childhood and probably need to see a professional. He is a nice, sweet and sort of dopey character. He is unique since he walks on two legs and can talk. He is black in color usually wearing red shorts and can often be seen with his girlfriend who has a pink bow and polka dot dress. Please to not hurt them. They have many friends who would come after you.