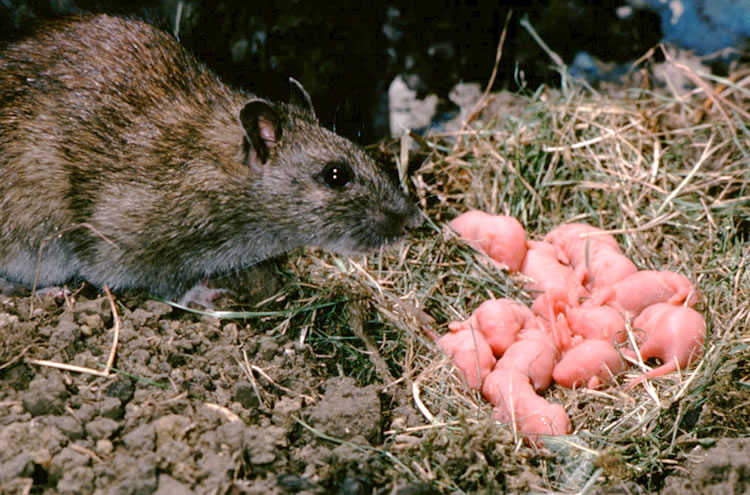 Roof rats do not just live under or inside roofs. They are also found on the ground, and inside homes – and wherever they are, they are simply not wanted. Roof rats are carriers of plague and other diseases, and they gnaw through pipes and cables, causing serious damage. Therefore, killing roof rats is a must when they threaten the safety of homes and businesses. Methods of killing roof rats include poison and physical traps, and because they eat practically anything humans eat, it can be very easy to lure roof rats to their much desired demise by lacing food with poison or by placing it on a spring loaded trap.

Bait stations containing anticoagulant poisons, which are used to kill roof rats by causing them to bleed to death, are best placed outdoors. A dead roof rat indoors is not a pleasant experience. At sixteen inches in length, the roof rat is large enough to create a very unpleasant odor and attract a large contingent of flies if it achieves deceased status indoors. Therefore, traps which are used indoors include rat electrocution stations and spring loaded traps. 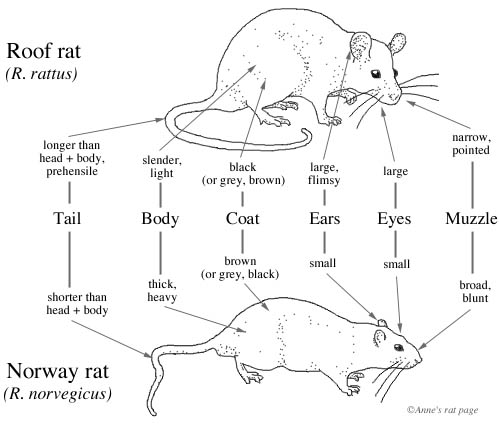 A rat is easily electrocuted by the rather meager DC electrical output of four C or D sized batteries, and devices that store bait and then lure rats into their booby-trapped metal box interior are now becoming very popular as a way to kill roof rats. When a rat is sent to its death by means of electric shock, its undesired remains are unceremoniously, yet safely, consigned to garbage disposal by emptying the box into a receptacle or bag. There is no need to come into contact with the unhealthy rat carcass, so that this is indeed a very humane and efficient way of dispatching these highly detrimental and unappealing rodents.

Spring loaded traps can be used either indoors or outdoors, and they rely on bait as well as possibly an attractant to lure the rodents to meet their maker after quickly suffocating. These are inexpensive and effective until the rats, which, despite their tiny craniums and low brain capacity, do manage to survive quite well despite efforts to exterminate them, learn to avoid the traps.

Killing roof rats is a matter of a two-pronged approach – indoor and outdoor extermination. Rat poison should be used around the perimeter of any rat-infested property, or even if roof rats are spotted outdoors. Indoors, electrocution devices and spring-loaded traps are the best ways to kill roof rats.

5 Comments on “How to Kill Roof Rats”